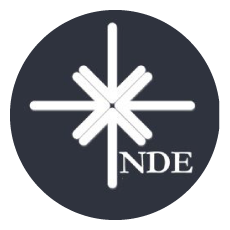 Becoming a catalyst for change

At the beginning of last year I decided to do a self-evaluation of my leadership skills with the intention of highlighting areas of weakness and working to improve them. As much as I want to be increasingly aware of my strengths and celebrate and build on them I also want to be continually growing and developing as a leader and to be proactive in the process of my own discipleship and deal with areas that are not so strong. Every leader needs to be responsible for his or her own self-development. Of course, this is made even more effective when we allow others with whom we have accountability and relationship to also speak into our lives.

So what were the results of my leadership evaluation? I was able to pinpoint areas of strength and focus and also identify some other areas in which I needed to develop to the next level. I have come to realise that in order to continue to be a catalyst for Kingdom change, and indeed to become more effective in this arena, I needed to work on two particular areas where my leadership skills were weaker – these being my willingness to embrace change quickly and my ability to take risks.

We all need to have a willingness to embrace change and yet for most leaders even this isn’t enough; we also need to be willing and capable to BE the change. We cannot expect to effect change in others if we ourselves have not experienced change. In this regard I refer to on-going transformation that we might associate with continually maturing as a disciple of the Lord Jesus Christ. We recognise that change has both an internal and an external application. As a servant leader I am committed to improving my willingness to change in both areas and to take risks!

This morning I was reflecting on Acts 10 and 11, the story of Cornelius, Peter and the outpouring of the Holy Spirit upon the Gentiles and I noted afresh how Apostle Peter had been used as a catalyst for radical change in the lives of those he ministered to in Caesarea. With this in mind I decided to dig a little deeper into his process. It’s a familiar story for many of us but I want to view it today through the lens of how the Lord used one of his leader’s to create change in the lives of others. It was a collaborative faith venture, but only the Holy Spirit knew who all the “players” were. When we consider Peter’s process (or perhaps lack thereof) I believe we will conclude that his/Cornelius’ responses to the Holy Spirit’s directive are quite remarkable: “The Spirit told me to have no hesitation about going with them.” Acts 11:12

First let’s remind ourselves of the framework of events. An angel appeared to Cornelius, (a God fearing centurion in the Italian Regiment in Caesarea) in a vision and gave him specific instructions, “Now send men to Joppa to bring back a man named Simon who is called Peter.” Acts 10:5
At this point Cornelius had no idea who Peter was but he responded in obedience. He was willing to embrace a faith risk and the unknown changes it could potentially cause. He chose three men appropriate for the mission, one of whom was described as a devout soldier and also his attendant. He told them everything that had happened and sent them on their way. The prophetic directive he had received from the angel became a catalyst that would eventually become an apostolic mission as the team encounter Apostle Peter.

Meanwhile Peter fell into a trance in which God spoke to him three times and said, “Do not call anything impure that God has made clean.” V9 As Peter was just wakening up from this bizarre dream like encounter, the three strangers arrived from Caesarea at Peter’s front door. They narrated to Peter the equally strange tale of how an angel had appeared in a dream to their friend Cornelius and had instructed him to send them to Joppa and bring back Peter to preach a message by which he and his entire household would be saved!

Without hesitation Peter permitted the men to come into his home and they stayed with him for one night and in the morning Peter went with them to Caesarea where Cornelius lived. They entered his house and Peter began to preach the good news of Jesus Christ and as he was speaking the Holy Spirit came upon the Gentiles and they began to speak in tongues and praise God. Immediately, Peter gave the instruction that the new believers should also be water baptised in the name of Jesus Christ.

What are some of the lessons that we might learn from Cornelius and Peter as we endeavour to become more effective Kingdom catalysts for change?

CHANGE WAS UNEXPECTED AND UNPREPARED FOR

Change was unexpected and neither Peter nor Cornelius was prepared for it when it came, yet it is apparent that both men lived in an attitude of readiness to respond to God. One got a vision in the middle of the afternoon whilst going about his daily routine and the other was just wakened from a ‘weird’ dream when a band of strangers arrived at his front door. They were not anticipating that God would speak to them in prophetic revelation or how far-reaching and positively transformational their actions would become for the global church as we know it today! It is ever true that big doors turn on small hinges.

Change contradicted much of what they understood socially, culturally and theologically. For God to speak to Peter (a Jew from birth and now a born-again believer) and say to eat “unclean” animals in a dream was a difficult thing for him to embrace. He hadn’t even interpreted the dream symbolism when the group from Caesarea arrived. He didn’t have the luxury of time and “going away to pray about it.” He just had to respond with the measure of apostolic faith he had at that time and get on with it!

CHANGE WAS UNCOMFORTABLE BUT THEY TRUSTED GOD

Relationships are always a tremendous resource and source of strength in the body of Christ yet on this occasion neither Cornelius nor Peter had any kind of relationship with each other prior to the divine directive. The only thing they could trust was the instruction of the Holy Spirit and they each had to obey the specific directive given to them. “The Spirit told me to have no hesitation about going with them.” Acts 11:12

THE CORPORATE ANOINTING OF THE TEAM WAS A CATALYST FOR TRANSFORMATION

Although the angel had explained to Cornelius that in sending for Peter his entire household would be saved, Cornelius still took a risk on an unknown man. He sent a team to a place he had never been, to a person he had never met and knew nothing about and paid for them out of his own pocket to go and return with Peter. He trusted them as his messengers and he made a personal investment in the mission. He delegated an important task to trustworthy individuals but he still took a BIG faith risk. Yet we can clearly see that the sum corporate anointing of the team was greater than any of the individual’s within that team.

Peter allowed three unknown men into his home that had come to him with an almost unbelievable message. He showed them genuine hospitality and despite the fact they could have been robbers who conceivably might have overpowered him and stolen everything from him had they not been men of God, Peter chose faith over fear and embraced a huge change and trusted their message as being from God and in the morning he left with them for Caesarea. His faith became a key to unlock destiny for an entire community of people awaiting the life changing message of the Gospel.

PETER AND CORNELIUS BECAME THE CHANGE THEY WANTED TO SEE

GOD IS FAITHFUL THROUGH TIMES OF CHANGE

In order to see a change we must be willing to be part of the change. That means becoming uncomfortable in our comfort zones so that God can propel us into catalytic faith action; it means being willing to not only mix with, but also move with, others we may not know well whom God will place in our paths; it means taking faith “risks” that are investments in trusting God for the unknown even when that is contrary to our present experience; it means being obedient to simple instructions from the Lord without necessarily having the “five year plan” and knowing details in advance (to a strategist like myself this is a challenge I am endeavouring to embrace ). Above all it is about trusting God to enlarge our capacity to hear and respond in faith, decisively, humbly and with His great love for mankind.

May God enable us to be Kingdom agents of change by His grace as we learn to on-going surrender to His will and to continue to follow the direction of the Holy Spirit.